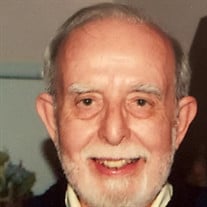 William Vincent &#8220;Bill&#8221; Brannan was born on June 22, 1933 in South Gate, California where he spent his early childhood. In 1946, as a teen, Bill moved to Maracaibo,Venezuela with his parents where he developed a love of airplanes... View Obituary & Service Information

The family of William Vincent BRANNAN created this Life Tributes page to make it easy to share your memories.