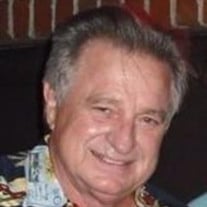 Obituary for Willard Walter Lappe Willard Walter Lappe, 78, of Cottage Hills, IL passed away Saturday, October 2, 2021 at his residence. He was born August 21, 1943 in Friedheim, Missouri to Walter Joseph and Loraine (Berkbigler) Lappe. He married the love of his life, Mary Ellen Rice (deceased), April 28, 1966 at St. Vincent DePaul Catholic Church in Perryville, MO. They had two children. Willard and Mary divorced in 1983 in St. Louis, MO. He then married Tamara K on Jan 14, 1998. Although they divorced in 2009 they were still live in companions, Tamara survives. Willard was preceded in death by his parents, his sister, Pansy Willis, and two brothers Carl “Buddy” and Russell Lappe. He was self employed and graduated with his Masters in Business from Murray State University in Kentucky. Survivors include one daughter and one son, Shana (Donald) Molitor of Marthasville, MO and Aron (Chris) Lappe of Florissant, MO, 3 grandchildren, 1 great grandchild and many nieces, nephews and cousins. There will be no visitation. We will have a memorial in the coming months to honor Willards life in Perryville, MO. He has touched many lives and will be dearly missed by those that loved him. Online condolences may be made at www.alternativefuneralcremation.com

The family of Willard Walter LAPPE created this Life Tributes page to make it easy to share your memories.