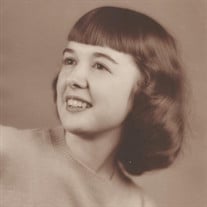 Shirley K. Hummel died peacefully at age 92 on Oct. 17, 2020, at Oak Knoll Nursing & Rehabilitation Center in Ferguson, Mo. Shirley had a varied working career, starting as a secretary at International Shoe following graduation from St. Alphonsus Rock High School. Then she was secretary at her daughter’s grade school for eight years and at Miller Brokerage, later becoming office manager. She ran an antique shop in Dutzow, Mo., and had up to six booths at the St. Charles Antique Mall for nearly 20 years. Shirley also had been a Welcome Wagon hostess in the Bridgeton, Mo., area during the 1960s. She led a very creative life. Among her interests were painting, basketry, knitting, herb gardening, and pot pouri. She created her own line of knitted dolls and “rescued” damaged sock monkeys, giving them new life. She taught classes in basketry and pot pouri making, among other crafts. Shirley had a passion for writing. She wrote hundreds of short stories and had been published in the annual “Voyages,” published by St. Peters Writers Challenge Literary Association in every issue 1998-2003, and the national quarterly “Hodgepodge Short Stories & Poetry magazine Winter 2002 through Fall 2004. She also participated in gathering oral histories for the Missouri Extension. In 1985, the University of Missouri added her to the Extension Leaders Honor Roll in recognition of her work in helping develop and carry out local extension programs. She loved a country atmosphere “away from the city” and had lived on 5 acres in rural St. Charles County for 40 years with her husband. Shirley was the beloved wife for nearly 71 years of Edward P. Hummel, having met when they were 13 years old. She was preceded in death by her husband in 2019. She is survived by her daughter, Christine Hummel. Shirley will join Edward at Jefferson Barracks National Cemetery on Thursday, Oct. 29, at 1:45 p.m. Her daughter thanks the staff at Oak Knoll and Crossroads Hospice & Palliative Care for being an extended family and taking such good care of Shirley during her final years. The family invites donations in Shirley's name to the Alzheimer's Association. Condolences and memories may be left at alternativefuneralcremation.com.

The family of Shirley Kingslan HUMMEL created this Life Tributes page to make it easy to share your memories.