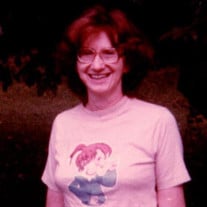 Obituary for Ruby Imogene Wood December 15, 1932 – July 1, 2020 Ruby Imogene (Jean) Wood of Madison, Illinois, passed away on July 1, 2020, at the age of 87. She died peaceably at home in St. Peters, Missouri, where she lived with her son Gary and his wife Linda. She is survived by a sister Fay Barnett (Bill) of Granite City, Illinois, a brother Dale O’Bear (Brenda) of Plymouth, Illinois, a brother Richard Trebing (Virginia – deceased) of Madison, Illinois, a son Gary (Linda) of St. Peters, Missouri, a daughter Georgia Pennington (Craig) of Jefferson City, Missouri, and a daughter Karen (Tom) of St. Charles, Missouri. She is preceded in death by her father and mother, Nathaniel Forrest O’Bear and Georgia A. Roland O’Bear. She is also preceded in death by her son Billy Ray Wood, Jr., a sister Evelyn Trebing (Earl) and a brother Earl Trebing (Evelyn), a brother Clark Trebing (Phyllis –living), a sister Shirley Watson (John) both deceased. Ruby had ten grandchildren, ten great-grandchildren, and numerous nieces, nephews, and great-nieces and nephews. Ruby’s hobby was writing poetry and she was extremely talented at doing so. She enjoyed writing about various topics including poems about her relationship with Jesus and His continuous presence, a humorous poem about her four children, and even a poetic analysis of her co-workers at the U.S. Postal Service downtown St. Louis, from which she retired after many years of service. She impacted many lives and will never be forgotten.

The family of Ruby Imogene WOOD created this Life Tributes page to make it easy to share your memories.