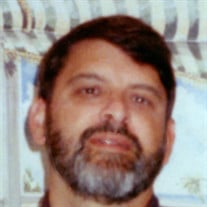 On July 4, 2021 Michael Jay Loyet died at age 67 Mike's siblings are Barbara Loyet Schramel (Thomas Schramel deceased), Patricia Loyet Rothweiler (Michael Rothweiler deceased), David Loyet (Sara Loyet), and Timothy Loyet. They all have so many good stories of vacations on the river and at the Lake of the Ozarks. Mike's parents were Gene and Lorraine Loyet who are both in heaven now. Their lives were the example that made Mike the fun loving, hard working, and honest man that he was. On March 7, 1975 Mike married Susan Loyet. They had fallen in love as teenagers and that love, friendship, and respect kept on going through 46 years of marriage. They were blessed with 5 children: Michael Gene Loyet (Micky), Stephen John Loyet (Jackie Heck), Joseph Christopher Loyet (deceased), Arianne Renae Loyet Cole (Ani)(James Cole), and Thomas Benjamin Loyet (Kylee Rogers). Mike was rich in grandchildren: Joseph C. Loyet, Stephon K. Loyet, Kyra Marie Russell, Calvin T. Loyet-Russell, Kindred M. Loyet-Russell, Wilhelmina Ratley (Mina), Lily Marie Cole, Celia Renee Cole, Lynn Marie Peters, and Laila Mckindles. For most of his life, Mike worked with EPS foam and the machines that molded it. For about 20 years Mike and his father Gene lived out there dream of being in business together. Mike always talked about how lucky his was to spend most of his career doing work he enjoyed. For many years Mike enjoyed vertical caving. He made some great friendships with his hobby and some of his kids and other relatives joined in when they were old enough. Recently, float trips were his favorite past time. Mike loved nothing better than floating his kayak on the Current River. Mike is sharing his funeral with his brother-in-law Tom Schramel. It will take place on Sunday July 11, 2021 at noon. It is taking place at Quail Ridge Lodge in Wentzville, MO. Flowers would need to be delivered to Mike's home (call Sue 314-941-7314). Mike thought it would be very nice if donations could be made to St. Joachim and Ann Care Service instead of flowers.

The family of Michael Jay LOYET created this Life Tributes page to make it easy to share your memories.