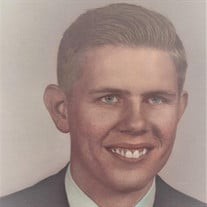 Mark Charles Brookshier was born to Charles and Rosalie Brookshier on January 19, 1950 in Hamburg, Iowa. He became big brother to Becky in 1953 and then to Carl in 1957. The family moved to St. Charles, Missouri in 1965. Mark graduated from St. Charles High School in 1968. He enlisted in the Navy and served honorably for four years, as a corpsman and seaman. When his parents bought the Battery Warehouse in 1976, Mark came on board and worked alongside his parents, learning the business. When they retired, he and his brother, Carl, took over the helm. Mark had many hobbies. He was an avid ham radio operator. His club was involved in many hospital emergency drills and volunteered during a couple of hospital power outages. He loved computers and anything electronic – always the first of his peers to have newest technology. In fact, he bought one of the very first Radio Shack computers available for home use - theTRS80 - and taught himself how to program it in Basic. He was quick to share his computer knowledge with those who needed help. Mark moved to Missouri Veterans home in 2009. While there, he stayed busy delivering mail to other residents, playing Santa Claus at the holiday parties, singing Taps at memorials, and tinkering with his gadgets. Most recently, he enjoyed making gifts with his 3D printer. He was an avid reader of science fiction, especially Robert A. Heinlein and Isaac Asimov. Mark was preceded in death by his father, Charles Brookshier. He is survived by his mother, Rosalie Brookshier; sister, Rebecca (Wayne) Helton; brother, Carl (Paula) Brookshier; nieces, Carol (Jed) Klapat and Heather Helton; nephews, Tom (Annette) Helton and Christopher Brookshier; great niece, Olivia Helton; and great nephew, Jack Klapat. A memorial service will be held at Faith United Methodist Church in St. Charles, MO on Tuesday, September 24, at 11:00 am. Visitors may arrive between 10:00 and 11:00 am to share stories and offer condolences. A light luncheon will be served after. His final resting place will be at Mount Olive Cemetery in Hamburg, IA. Memorials may be made to: STL Veterans Home Assistance League 10600 Lewis and Clark Blvd. St. Louis, MO 63136

Mark Charles Brookshier was born to Charles and Rosalie Brookshier on January 19, 1950 in Hamburg, Iowa. He became big brother to Becky in 1953 and then to Carl in 1957. The family moved to St. Charles, Missouri in 1965. Mark graduated... View Obituary & Service Information

The family of Mark Charles BROOKSHIER created this Life Tributes page to make it easy to share your memories.

Mark Charles Brookshier was born to Charles and Rosalie Brookshier...