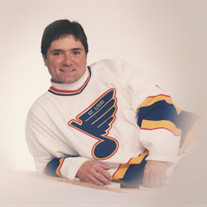 Kevin Ray Cheatham of Lake St. Louis Missouri passed away unexpectedly on Sunday July 7th at 4:32 AM. He was 57. He was a data professional in the St. Louis area, a hard working devoted father of three children, and a beloved Husband. He was born on August 23rd 1961 in Alton, IL, to Leon and Linda Cheatham. He graduated from East Alton-Wood River High School in 1979. He furthered his education in Data Processing at Lewis and Clark with an Associate’s degree. Then, at Lindenwood college, he studied for his Bachelor’s degree in Business after transferring from UMSL. He later received his MBA from SIUE. He was very proud of his educational achievements that launched his career. For the past thirty years, Kevin’s career revolved around his love for data. His first data role was at GMAC insurance as an analyst, developer, and data warehouse manager. In 2003, he moved to Anheuser-Busch to work as a data specialist in matters such as sales and marketing. More recently, Kevin had been contracted to companies such as GrayBar, Centene, Monsanto, and Charter Communications. Kevin had also been enjoying a part-time role at Lowe’s on the weekend. Kevin was an avid Hockey fanatic. He himself started playing in his youth and continued up until he was forty years old. His life dream was to witness the St. Louis Blues win the Stanley Cup. Kevin is survived by his wife, of thirty five years, Lisa (Dunham) Cheatham; his sons, Zachariah and Bailey; his daughter, Ashley; a brother Randy (and Patty) Cheatham of Brighton, IL; a sister Rhonda Simmons of Mt. Vernon, IL; a brother Kyle (and Kelly) Cheatham of Edwardsville, IL; his mother Linda Cheatham of Moro, IL. He was proceeded in death by his father Donald L. Cheatham of Moro, IL. A celebration of Kevin’s life will take place on Sunday, August 4th between 12 PM and 7 PM at the Quail Ridge Lodge in Wentzville, MO. Family, friends, and anyone that had a connection to Kevin is more than welcome to come. If you have any questions please contact his wife, Lisa. Also, In lieu of sending flowers, a fund has been created to contribute to Kevin’s goal of continuing his twins Bailey and Ashley’s education. Kevin had opted to donate his organs to save someone else’s life. Please also consider giving hope and sharing life by becoming an organ donor.

Kevin Ray Cheatham of Lake St. Louis Missouri passed away unexpectedly on Sunday July 7th at 4:32 AM. He was 57. He was a data professional in the St. Louis area, a hard working devoted father of three children, and a beloved Husband. He was... View Obituary & Service Information

The family of Kevin Ray CHEATHAM created this Life Tributes page to make it easy to share your memories.