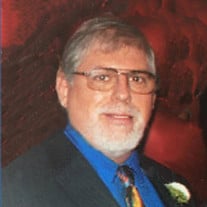 Joseph (Jay) Mariano D’Amato, Jr. 1952 – 2021 Visitation & funeral mass at 10 am on Wed., Oct. 27th at the Shrine of St. Joseph, 1221 North 11th St., St Louis, MO. There will be time after mass to share remembrances of Jay. Please write down your thoughts ahead of time, so you can share them, and then give them to Robin as a keepsake. He is survived by the love of his life, Robin (Hudson) Veale, daughter Melanie Veale, Richard (& Debbie) Hudson, Rhonda & John (Hudson) Hefflinger, and Jay’s very large D’Amato family. He was the 4th of 9 children of Joseph & Kathleen (Crump) D’Amato. His siblings are Rosemary (& Jim Neidel), Janice (& Jack Cassidy), Frank, Angie (& Joe Griffard), Margarita (& Paul Meyer), Nick (& Hope Cranston), Suzanne Jones, and Katalina. He will be missed by his many, cousins, nieces and nephews, (of which Jayme & Margaux are his Godchildren), and he is a favorite of the next generation, too! Jay was born in St Louis, and from his earliest days he packed a lot of living into his life! His Mom always described Jay’s “exuberance and energy!” Each new experience discovered began a quest to reach the peak yonder. Always inquisitive and adventuresome, no grass ever grew under his feet. His childhood stomping grounds were Normandy, and University City. For many later years his time was split between Columbia and St. Peters, MO. Jay couldn’t wait to learn to read which opened up the entire world to him. He devoured stacks of library books. No subject was off limits, as the world is far too interesting and he didn’t want to miss any of it. He seemed to sense that there would never be enough time to take it all in! Jay was a window to our world. He always seemed to be introducing the rest of the clan to new stuff. In his courageous way, he was always the first to try something out, while most of us watched to see how things would turn out. Though Jay was truly a contemplative – reading, pondering, questioning, surmising, etc., he wholly challenged the physical world, too. Over the years, Jay learned countless physical activities, and mastered many. Jay was strong as an ox, yet agile and quick. He loved multiple martial arts, but favored the elegant knives of Kali and rough and tumble of Jiu Jitsu!! He rode motorcycles, and loved watercraft as well. The outdoor skills kept Jay in Boy Scouts, and on to Outward Bound camps as an adult. He participated in multiple Bi-athalons and Tri-athalons, created and taught self-defense courses (including those geared for women). Along the way, he raised malamutes (for the Iditarod?), spun pizzas, flipped pancakes, ran for Councilman, rehabbed a $1 homestead 4-family building, built countless go carts, skateboards & forts), and partnered with brothers on a bicycle repair shop (in a neighbor’s garage), which quickly evolved into a significant Volkswagen repair shop. One of his favorite subjects was health, and he became a registered nurse. But he sought knowledge beyond the traditional, and pursued fitness, nutrition, energy medicine cures and methodologies including German, French & Chinese Medicine, Acupuncture, Acupressure before most people had ever heard of it. This led him to own not 1, but multiple Gold’s gyms, and a Juice Stop smoothie bar, to boot! Jay was the originator of CMAA: California Martial Arts Academy, a concept never before attempted within the martial arts world. It created a collaboration on one campus (at UCLA Irvine) of well-known artists of various modalities, for students from around the country to learn the best from the best. Jay was a believer that each art had knowledge to be shared, learned and combined. It was through his teaching of the Martial Arts that he first met Robin, more than 30 years ago, and they have had each other’s back ever since. Robin has lovingly shared Jay’s interests and life, and in recent years, was encouraging throughout his illness. Robin is our ‘mild mannered Clark Kent’ – a violin teacher by day, and Mixed Martial Arts referee by night! They have bolstered each other’s strengths, and mellowed each other’s challenges. As time goes on, we will all miss Jay, especially Robin. We know that Jay was a good friend, teacher, brother, brother-in-law, son, nephew, uncle, step-dad, and partner. He defended those weaker, and had an acute sense of right and wrong. We believe that our parents, grandparents, cousin Joyce and other relatives and friends were there to welcome him into heaven, and he will be there to welcome us when it is our turn. We should have guessed that he would once again, lead the way, and go first. May God bless you, Jay.

The family of Joseph "Jay" Mariano D'AMATO Jr. created this Life Tributes page to make it easy to share your memories.