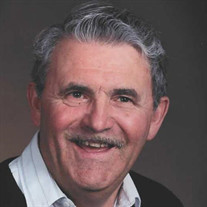 John (Jack) Cletus Boschert Obituary John (Jack) C. Boschert, age 88, passed away peacefully on December 11, 2021. Jack was born in St. Charles, MO October 17, 1933 to Leo and Anna Boschert. He is preceded in death by his parents, siblings Norman (Buddy) Boschert, Dolores (Dee) Honerkamp, and brothers-in-law Bob Heckman, and Gene Honerkamp and his special son Joe Boschert. He also had three wives who preceded him in death – Margie (Westhues) Boschert, Amy (Meyer) Boschert and Sharon (Handley) Boschert. Jack is survived by his Children, Grandchildren and Great Grandchildren. Mike (Julie) Boschert, Judy (Mitch) Ware. Grandchildren Jacob (Amy) Ware, Joshua Ware, Jackson (Mary Kate) Ware, Elizabeth (Andrew) Haberberger, Jackie (Kenneth) Woodruff, Rosemary (Corey) Bryant, Teresa (Michael) Foulks, Carolyn (Chris) Chitava, Dolores Boschert, Maggie Boschert. Great Grandchildren Lincoln Ware, Jack Haberberger, Emma Haberberger, John Cletus Woodruff, Monica Woodruff, Fulton Woodruff, Natalie Bryant, Kendall Bryant, Leah Foulks, Mackenzie Foulks, & Allison Foulks. Jack served his country in the United States Army during the Korean War. He served in Alaska and enjoyed his time in service hunting and fishing quite often in his off time. He always said Korea did not attack and come into the America’s through Alaska because he had that covered. He was fortunate to attend the last Honor Flight of 2020 (before Covid) and enjoyed that trip to Washington DC immensely. He was a member of the Knights of Columbus and a daily Mass attendee for years at St. Charles Borromeo Church. He opened the church daily for several years. He graduated from the University of Missouri with an engineering degree and worked with Olin Brass in both Alton, Illinois from 1961- 1965 and in North Haven, Connecticut from 1965-1972. He moved His family back to Missouri in 1972 and worked with Merchant’s Refrigeration Company until his retirement in 1995. Jack loved playing cards and participated in several Pinochle groups at both the Knights of Columbus and various friends’ houses. He also enjoyed fishing and his fishing group trips were always a yearly highlight. He was an original member of the Greens Bottom Boys with lifelong friends. He loved the Knights of Columbus chicken dinners and American Legion Spaghetti dinners and was always the first to buy a ticket for himself and friends. He was rock solid, steadfast, and absolutely dependable. He could always be counted on. He did not know how to shirk responsibility. He was never pretentious or showy. Gently and quietly, he did what needed to be done. He was a solid Catholic, true Christian and often led the Rosary at Church and even at Lake St. Charles. He was a true follower of Christ and lived that by opening his home to those who needed food and shelter, working in food pantries, working with St. Vincent DePaul and living simply below his means to allow charities and others to benefit. Visitation will be at 9:00am at St. Charles Borromeo Church. A Funeral Mass will be held at 10:00am at St. Charles Borromeo Church, St. Charles, MO. Internment at St. Charles Borromeo Cemetery on Randolph Street. In lieu of flowers, memorials may be made to The John C Boschert Center – Community Living. Located at 1040 St. Peters Howell Rd. St. Peters MO 63376.

The family of John (Jack) Cletus BOSCHERT created this Life Tributes page to make it easy to share your memories.