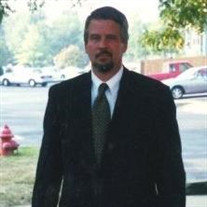 James (Jim) Stewart Stegeman, 65, of St. Peter’s, Missouri, succumbed to his illness in the comfort of his own home surrounded by family on December 12, 2019. James is survived by his daughter Elizabeth (Steven Lallier) Harmon; sons Stewart (Wendy) Stegeman, Joseph (Tammy) Stegeman, Christopher Madsen, Dominic (Keri) Stegeman and Joshua (Colleen Stalnaker) Stegeman; brother Robert (Toni) Stegeman; sister Carol (Lucky) Stegeman-Serna; significant other Julie Conway; several loving grandchildren, nieces, nephews and extended family. He was preceded in death by his parents Robert and Bernice Stegeman, and his son Peter Stegeman. James was a beloved father, grandfather, uncle, brother and friend to all. James S. Stegeman loved astronomy, was a local astronomy club member, created his own observatory and has been the name of a star registered with the International Star Registry’s vault in Switzerland since 2011. He was also an aircraft and drone enthusiast, so much so that he obtained a remote pilot license and was a member of the Spirit of St. Louis RC Club. He had a long and distinguished professional career, 24 years as a St. Louis Police Officer, specializing in the Laboratory Division and retiring in 2000. He went on to work in several other state, security and customer service positions until he was forced by his health condition to step away. James was very accomplished earning several medals, accommodations, and certificates of recognition throughout his professional career. He also had many publications, presentations and teaching positions over the years. He was an avid animal lover and doted on his beloved dogs Shanna, Sammy and Baby. When he was not working he loved spending time with best friends and relaxing at home with his pets. Celebration of Life will be held Friday, December 27, 2019 1:00pm until Service at 3:00 pm at Alternative Funeral And Cremation Services.

James (Jim) Stewart Stegeman, 65, of St. Peter&#8217;s, Missouri, succumbed to his illness in the comfort of his own home surrounded by family on December 12, 2019. James is survived by his daughter Elizabeth (Steven Lallier) Harmon; sons Stewart... View Obituary & Service Information

The family of James Stewart STEGEMAN created this Life Tributes page to make it easy to share your memories.