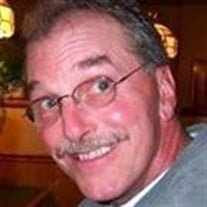 David Allen Hoeft, 71, of St. Peters, MO passed away on September 6th after a brief battle with cancer. He was the best friend and husband of wife, Peggy, for 50 years, 4 months and 6 days. Together, they shared 2 daughters. Sally Hoeft of St. Peters and Susan Klaas,(Joe), of St. Peters. Dave and Peg were blessed with three grandchildren, Nicholas Rothweiler, Cameron Klaas and Maggie Klaas. Dave was born in St. Louis to Charles and Rita Hoeft, (both deceased). He grew up with 3 brothers and 3 sisters. Charles, (deceased), Mary Ann, Maggie, (deceased), Susan, Gary and Bobby. He went to Holy Name Grade School and DeAndreis High School and kept many of those friendships throughout his life. Dave made his living as a tool and die maker. He worked for Western Supplies and finished his career at Boeing. Often he would paint houses and do odd jobs when he was laid off from his day job. Dave could fix, or try to anyway, just about anything by trial and error. Many times, he broke something while trying to fix it only to end up putting it back together with electrical tape. He often hunted and fished for food during the times he was out of work. Dave was always putting his family first and sacrificing so they could have a better life. After his retirement from Boeing, Dave continued to work at Ameristar Casino as a slot technician and Lowe’s in the tool department. He was very active in his church, St. Williams, in the 70’s and 80’s in Woodson Terrace, MO. He was extremely fond of the Men’s Guild where he would dress up and perform as various characters. Some of his favorites were the Supremes, where he lip synced along side another parishioner and a priest, the Dallas Cowboys Cheerleaders that turned heads when those high kicks were made, and a little snippet from Hee-Haw singing “Where Are You Tonight”. He loved to make people laugh and often sang to them out of the blue some oldie but a goodie just to see them smile. In his later years, Dave took up acting for the Our Savior Lutheran Melodrama every year in the spring. He always played the goofy guy because it wasn’t a far stretch and loved it when he got a rise out of the audience. Dave made many good friends from his time with the melodrama. Besides his family, Dave loved to fish, attempted a good golf game, painted scenes from old western books, people’s photos of pets and homes, thought he could play good enough poker to travel to Las Vegas for the World Poker tour and thoroughly enjoyed a good practical joke. Dave learned to play the harmonica at an early age and often broke it out at many of the parties he and Peggy had. Dave will be greatly missed by all who knew and loved him. He was a great husband, father, grandfather, brother, uncle, cousin and friend. A funeral Mass will be held on Friday, September 13th at 1pm at All Saints Catholic Church. 5 McMenamy Rd., St. Peters, MO 63376. Honoring his wishes, there will be no visitation. In lieu of flowers, donations can be made to the American Cancer Society.

David Allen Hoeft, 71, of St. Peters, MO passed away on September 6th after a brief battle with cancer. He was the best friend and husband of wife, Peggy, for 50 years, 4 months and 6 days. Together, they shared 2 daughters. Sally Hoeft of St.... View Obituary & Service Information

The family of David Allen HOEFT created this Life Tributes page to make it easy to share your memories.