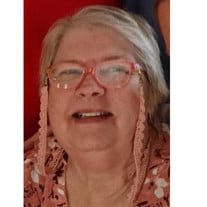 Catherine Ann Gardner Wheeler passed away peacefully while surrounded by family on February 12, 2022. She is survived by her husband, Robert James Wheeler, and five of her children: J. Gardner Wheeler, Kristin Whipple, Mindy Horn, Anne Van Slyke, and Jonathan M. Wheeler. She is also survived by 18 grandchildren. She is preceded in death by her parents, Nathan and Alice Gardner, her three beloved sisters, Alice Jean, Janet, and Margaret, and her son William David Wheeler. Cathie was born April 1, 1942 in Ogden, Utah. She served a mission for The Church of Jesus Christ of Latter-day Saints from March 1964-June 1966. She served in the West German mission, near Frankfurt. It was there she met her beloved husband of 54 years, Robert James Wheeler. They were married in June of 1967, and moved to St. Louis the following year so he could attend dental school. A week before their wedding, she graduated from Weber State University with a BS in English and a minor in German. While in St. Louis, Cathie taught high school English, German, and Theater both in Wright City and at Hazelwood Central. During the 1970s and 80s, Cathie and Bob had six children, five of whom survived to adulthood. Some of her most treasured memories are when she and Bob were able to travel and pick up their five children after they also served missions for the Church. They were able to travel to Germany three more times, California, and Wisconsin. Cathie’s greatest joys came from her children and grandchildren. She always made herself available to give needed help as new babies were born, health issues arose, or simply to lend a listening ear. Another hallmark of Cathie’s life was service in callings for The Church of Jesus Christ of Latter-day Saints, of which she was an active, faithful member her whole life. She served as a Young Women’s president, Relief Society president, Sunday School teacher, a Stake Speech Director, Seminary teacher, and a Choir Director. She also wrote and directed road show plays and served as a ministering sister to dozens of individuals and families. Cathie had a special gift of making everyone in her presence feel loved, important, and cared for. Cathie’s talents include cooking delicious meals with more food than could be eaten by three armies, crocheting anything and everything, sewing all kinds of clothes, quilts, and projects, writing poetry and plays, and giving gifts to anyone she noticed could benefit from them. Thank you for your wonderful life! Services will be held as follows, both at The Church of Jesus Christ of Latter-day Saints (2245 Old Highway 94 South, ST CHARLES, Missouri 63303-3718): Viewing: Wednesday, February 23, 2022 from 6:00-7:30 p.m. Funeral: Thursday, February 24, 2022 at 9:00 a.m. In lieu of flowers, donations to the American Cancer Society.

The family of Catherine Ann WHEELER created this Life Tributes page to make it easy to share your memories.