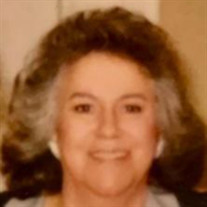 Faye Thurmon, of Troy, MO, passed on April 2, 2022, at SSM Health St. Joseph Hospital in Lake St. Louis, MO, at the age of 81 years. Faye was born August 24, 1940, in Petersburg, TN, to Clarence and Flossie Teeters Hunt. She was united in marriage to Joseph Thurmon on June 20, 1961, in Troy, MO. Joe survives and misses her daily. Also surviving are her sisters Barbara (Bill) Claus of Madison, AL; Marie Douglass of Alabaster, AL; her children Tom of Troy; Patty (Johnny) Beckwith of Troy; grandchildren Marcie (Caleb) Kimpel; Sheri Kuechenmeister; Autumn Thurmon and Trevor Birk; and great grandchildren Lillyan, Jace, Julian, Emma, and Gianni. She was preceded in death by her parents; her five sisters Lois, Doris (Dot), Lillian, Evelyn, and Mildred and one brother James. Faye was the last of seven children. Her mother passed the following month after giving birth to her. Faye was blessed to have another family in her life: Walter and Lillie Teeters Berryhill and their two daughters, Barbara and Marie. Lillie was Faye’s maternal aunt but she and Walter raised Faye as if she were their own. She lovingly referred to them as Mother and Daddy. Faye graduated in 1958 from Tennessee Valley Technical School in Decatur, AL as a Licensed Practical Nurse. She held an L.P.N. license in Alabama, Florida, and Missouri, and practiced nursing for over 40 years. She took time off when her children were young and went back to work in 1978 to Medicalodge of Troy, now known as Troy Manor. She also worked for many years at Lincoln County Nursing & Rehab, which is where she and her husband Joe lived the past two years together. Joe and Faye had only known each other 3 months before they married. Joe had to see her every night after they met. At one point she needed a break and told him she needed to stay home to wash her hair, but he called her that night and kept her on the phone for hours. Faye always believed in looking one’s best, so she would have her hair, clothes, jewelry, and makeup all complete when leaving the house; she was a beautiful woman on the inside as well as the outside. Faye enjoyed crocheting gifts for family members, which are still treasured today. The most important thing in Faye’s life was her family. Perhaps because of her tragic upbringing, Faye worked very hard alongside Joe to make sure Tom & Patty had the best they could provide. Christmases were always very special. It wasn’t the money that was spent but the time and the memories that were made that will always be cherished. The love they shared was beyond measure and will continue because of Faye’s influence and guidance, now and on into the future. A celebration of life will be held at Alternative Funeral & Cremation Services on April 12, 2022, from 6 - 8 pm.

Faye Thurmon, of Troy, MO, passed on April 2, 2022, at SSM Health St. Joseph Hospital in Lake St. Louis, MO, at the age of 81 years. Faye was born August 24, 1940, in Petersburg, TN, to Clarence and Flossie Teeters Hunt. She was united in... View Obituary & Service Information

The family of B. Faye THURMON created this Life Tributes page to make it easy to share your memories.